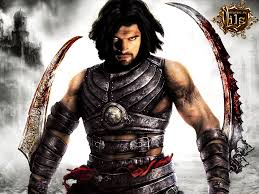 Ἀρης- Ares is the god of war and son of Zeus and Hera. The Romans identified Ares as Mars and respect him as the god of war. In fact, Mars fathered Remus and Romulus who are the mythological founders of Rome. This made Ares the most important and respected god amongst the Romans, and they dignified him more and held him in higher esteem than they did the other gods. But among the Hellenes, Mars was not trusted. As far as his parents were concerned, Ares was a swaggering bully. He also had the hots for Aphrodite whom he really enjoyed. In fact the only thing he enjoyed more was battle. He lived amongst the barbarous and warlike, far away from his family. He loved battles and bloodshed and was very hot-tempered and brave. But some felt he was a coward because he was bested in a fight with Hercules and went crying to Zeus who didn't care. He was also captured by two giants and held in a jar for a year. Ares sided with the Trojans during the war and is most popular among adventurers. He should never be mistaken as being subtle, and was known for being a firm believer in raw combat. He was also the one called upon to evoke revenge. His symbols are the blazing torch and the spear. He has a temple in Athens, Sparta, and Olympia as well as a spring and shrine at Thebes. His domains are destruction and evil and he is worshiped most by Mercenaries